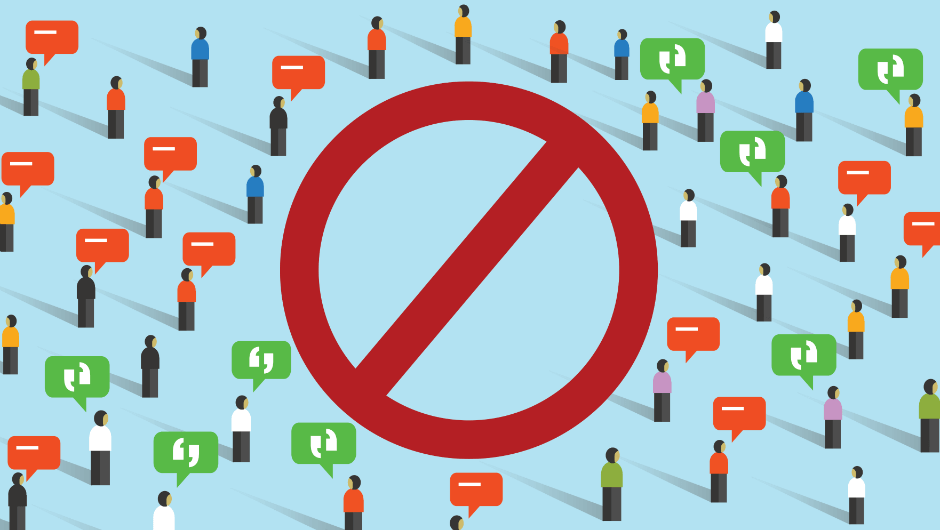 Tommy Robinson, the far-right founder of the English Defence League, has this week been banned from Facebook and Instagram. And, if you’ve been paying attention to the tumultuous state of social media in recent years, you’ll know that he’s not the only one to lose his posting privileges.

For years, social media has inadvertently created a perfect environment for malevolent behavior, enthusiastically spurred by a select few “trolls.” Until recently, these trolls were nameless, faceless voices, often paid little attention by anyone beyond those they were attacking. However, in recent years, notable celebrities and political personalities have stoked aggression from far larger audiences, leading to massive hate speech campaigns aimed at everyone from journalists to movie stars.

Luckily, after years of hiding behind the “it’s free speech” shield, social media companies have started to address the problem and began suspending and even permanently banning some of the worst offenders. We take a look at some of the celebrities and political personalities that have been banned from social media.

“Tommy Robinson’s Facebook page has repeatedly broken these standards, posting material that uses dehumanizing language and calls for violence targeted at Muslims. He has also behaved in ways that violate our policies around organized hate.”

Robinson used Facebook to reach his followers regularly, and was jailed last year for contempt of court laws in the UK for livestreaming via Facebook, outside of court. Robinson, whose real name is Stephen Yaxley-Lennon, is no stranger to social media bans. He was banned from Twitter in early 2018 for hateful content similar to that on his Facebook and Instagram pages.

This leaves YouTube as the sole network still propagating his Robinson’s message… for now.

The former House representative from El Paso, TX is quite active on Twitter. His presidential hopefulness combined with his Texas charm hardly warrants a ban from Twitter, or any other social media platform. However, a parody account mocking him apparently does.

Earlier this year, @BetosBlog surfaced as a playful – albeit mocking – parody account that poked fun at Beto O’Rourke.

However, due to Twitter’s “impersonation policy,” the account was banned for not disclosing the fact that it was not, in fact, run by O’Rourke himself. The account was restored, under the new handle.

As perhaps the most vocal victim of social media bans, Alex Jones (pictured here in one of his famous tirades) was booted off the likes of Facebook, Instagram, Twitter, and even YouTube for his infamously inflammatory remarks on and off the air.

From claiming the Sandy Hook mass shooting was a hoax to describing former president Barack Obama as the head of al-Qaeda, it’s easy to see why Jones was banned.

In typical conspiracy theorist fashion though, Jones claimed this was merely an effort by the forces that be to silence his truthful message.

While Robinson was banned for generally hateful content, social media platforms are typically a lot more specific about how and why they’ll permanently ban someone. Milo Yiannopoulos, who styles himself as a political commentator, was banned after contributing to a racist campaign to bombard comedic actress Leslie Jones’ account, following Jones’ casting in the all-female reboot of Ghostbusters.

The nitty-gritty details of the kinds of comments directed at Jones do not deserve to be reiterated, but let’s just say that they certainly warranted the ban.

Twitter noted that Yiannopoulos “previously received repeated warnings for similar violations,” as is common, before a permanent ban.

Banks, an American hip hop artist, got kicked off Twitter the old fashioned way: by aggressively feuding with other celebrities.

Banks has attacked former One Direction member Zayn Malik, Disney star Skai Jackson, Perez Hilton, Mariah Lynn, and many others. Along the way, her arsenal has featured everything from racist or homophobic tirades to outright threats of physical violence.

The final straw for Twitter was an exchange with Monét X Change, an American drag queen appearing in one season of the television show RuPaul’s Drag Race, that started as a dispute over stealing music and ended with a vile attack on Monét X Change.