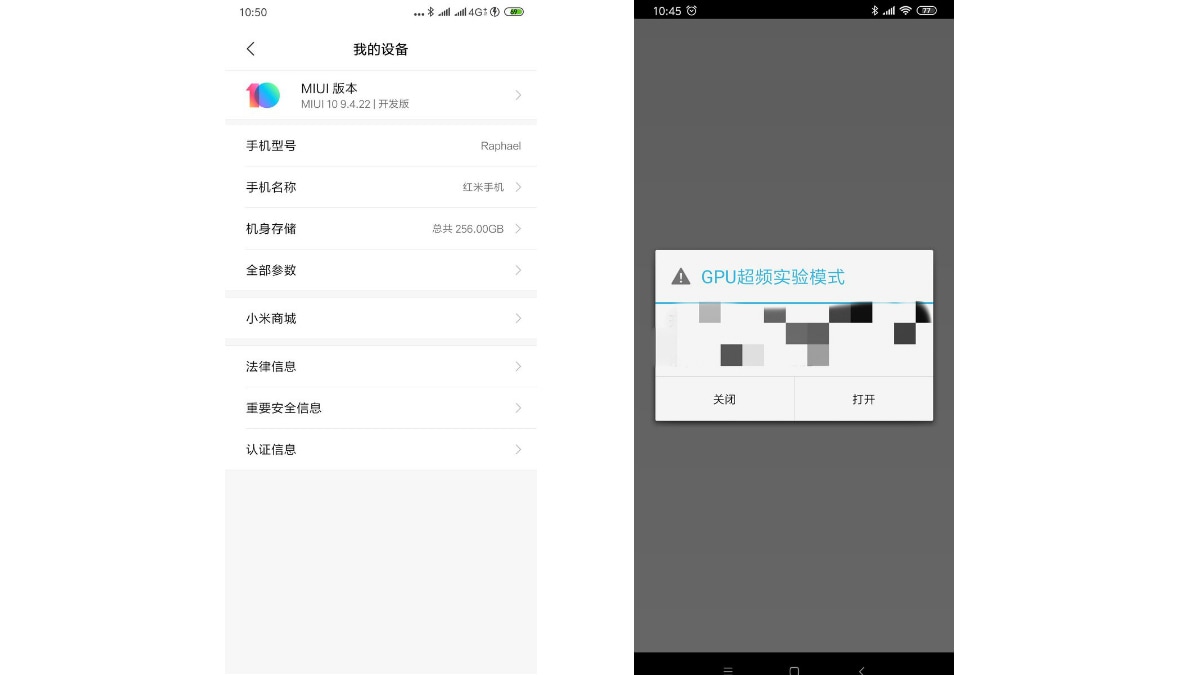 The Redmi Snapdragon 855 flagship has been doing the rounds of the rumour mill for sometime now, and while we are waiting for an official announcement, Redmi General Manager Lu Weibing has taken to Weibo to indicate that the phone will sport a super-wide-angle lens. He also revealed that the phone will support NFC and sport a 3.5mm audio jack. A separate leak suggests that a Redmi phone codenamed Raphael, believed to be the Redmi flagship, will come with 256GB of onboard storage and GPU overlocking. There is still no word on when Xiaomi plans to unveil the smartphone.

MyDrivers was the first to report of this new information, and it states that Weibing also confirmed that the Redmi flagship will sport a 3.5mm audio jack and NFC.

Separately, tipster Sudhanshu Ambhore has tweeted screenshots revealing specifications of the Redmi phone codenamed Raphael. The phone is tipped to sport 256GB of internal storage and support GPU overclocking. This codename has appeared before, in MishaalRahman’s tweet, wherein he suggests that Raphael is a Snapdragon 855-powered Redmi phone.

Specifications are tipped to include 8GB of RAM, a 6.39-inch full-HD+ display, and the smartphone is likely to run MIUI 10 on top of Android 9 Pie.