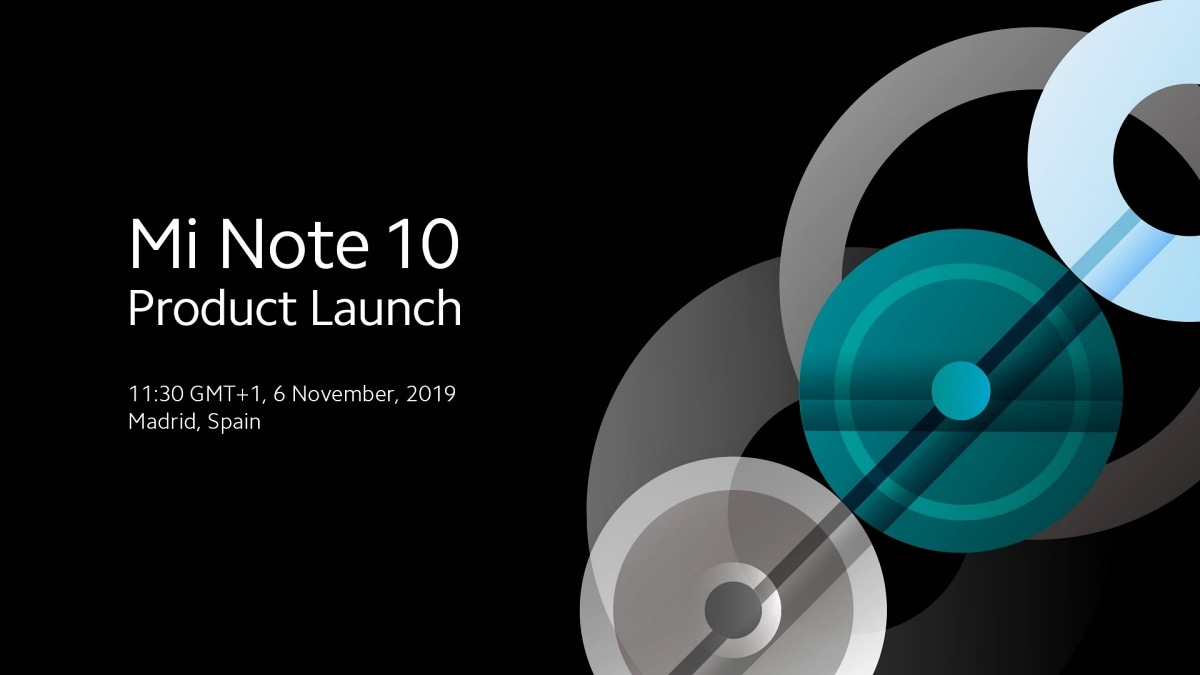 HIGHLIGHTS
IN THIS ARTICLE

Mi Note 10 is all set to make its official debut today in Spain. Xiaomi is hosting a press event in Madrid, where the company will unveil the smartphone for the international markets. The Mi Note 10 is believed to be the global variant of Mi CC9 Pro that was launched in China on Tuesday. There is a possibility that Xiaomi may also announce the Mi Note 10 Pro smartphone at the same event, however it is yet to tease anything.

Mi Note 10 launch event will start at 11:30am (4pm IST) and it will be streamed live on Facebook and Twitter. As mentioned, the launch will take place in Madrid. As always, we will bring you all the details from the launch event right here at Gadgets 360.

Given Mi Note 10 is most likely a rebranded Mi CC9 Pro. We expect to see a 6.47-inch full-HD+ (1080×2340 pixels) display, Qualcomm Snapdragon 730G SoC, and up to 8GB of RAM. Xiaomi has already teased the presence of a 108-megapixel penta camera setup on the Mi Note 10. The camera setup will house a 108-megapixel primary shooter, a 20-megapixel ultra-wide-angle camera, 12-megapixel camera with 2x optical zoom support, 8-megapixel camera with 50x digital zoom support, and a macro camera. On the front, the Mi Note 10 is expected to feature a 32-megapixel selfie shooter