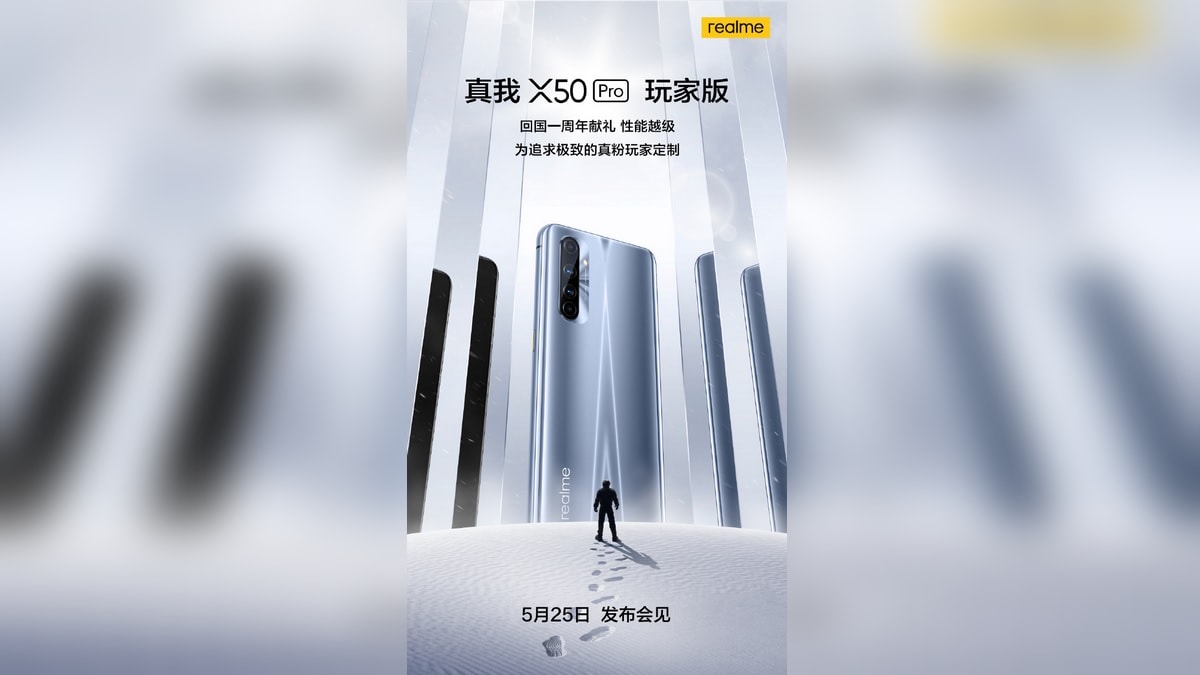 As per the latest image shared in the Weibo post by Realme, it can be seen that the Realme X50 Pro Player Edition will pack a quad rear camera setup in a vertical alignment. The back panel has a gradient silver finish. However, no specifications for the phone are known at this point.

According to a report by Gizmochina, a phone with model number RMX2072 was recently spotted on AnTuTu website. This phone is said to be the Realme X50 Pro Player Edition. The benchmark listing showed a score of 600,806, which the publication states, suggests the presence of Snapdragon 865 SoC. The phone was also reportedly spotted in on 3C certification website that tipped the presence of 65W fast charging support.

However, it should be noted that there has been no word from Realme on the specifications or other details about the Realme X50 Pro Player Edition, except that it has the code name ‘Blade Runner’ and four rear cameras. Notably, the company announced it will be launching eight new products on May 25 in an online event in China and the new post suggests the Realme X50 Pro Player Edition will be one of them.

To recall, the Realme X50 Pro was launched in India in February with the Snapdragon 865 SoC, quad rear camera setup, dual selfie cameras, and a 4,200mAh battery. It has a 6.44-inch display, up to 12GB of RAM, and 256GB of storage.